Written a day ago, with photos added tonight in Pamplona:

We woke early to the lights of the albergue in Roncesvalles and the singing of a guitarist as he walked up and down the halls. Dressed and packed, Lidia, Chiara, and I walked out into the cold morning and the light rain, through muddy paths.

We passed through forests and farms, past horses and rams and cows and found ourselves in Burguete, a tiny medieval town where we stopped for coffee and a croissant. The streets were lined with a drainage ditch than ran like a tiny stream, though not one I’d be keen on drinking from. Leaving Burguete we passed through a farm where the bulls walked up to the fence and drank the waterfall from the roof’s rain gutters. I tried to get very close, but they frighten easily. 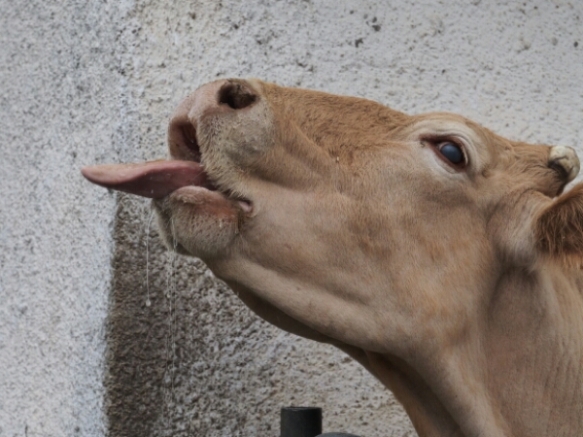 The forests had opened into vast meadows. Lidia and I walked out far from the route in a field of tiny yellow flowers overlooking the hills and towns. A short photoshoot and we were on our way again with Chiara, who unfortunately lost her backpack’s rain cover somewhere on the peaks of the Route Napoleon, and now wears a poncho in which she says she looks like a lumaca — a snail. 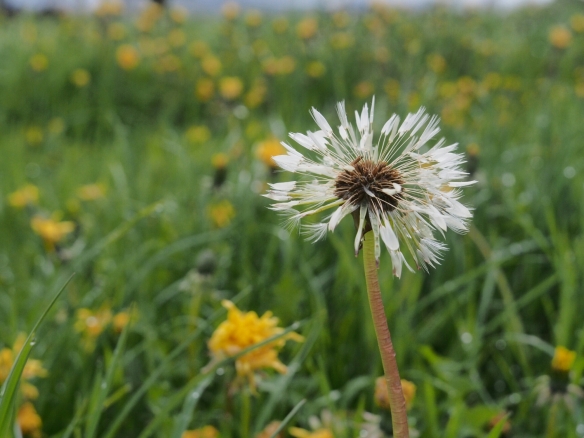 Outside a small village we came across George. I first met him on the train from Hendaye, carrying his backpack and toting a wheeled suitcase behind him. Born in Greece before coming to America via New York at 11 years old, he’s now the toughest 87 year-old around. He’s hiked the Appalachian trail in two parts, and he plans to travel this road as far as Santiago de Compostela.

We caught up with a group we’d seen many times. Sarah, a woman from New Zealand who has lived in South America and Spain and speaks Spanish like a native. Merel, who was raised in the Netherlands and now lives in New Zealand as well, where she works as a web designer on the front end. Sebastian, a young German with a giant pack who began his Camino in Toulouse, France, after deciding to leave school and enjoy some time in the world adventuring. Dee, from South Africa, who wears a small metal shell of Saint James on her necklace. We all walked together until Zubiri, talking to each other about who we are and where we’re from and why we’re here and what we hope for. At the entrance to Zubiri, they decided to go on to Larrasoaña. We stayed. We hope to see them again in Pamplona tomorrow.

The entrance to town is an old medieval bridge, Puente la Rabia, where it was said you could walk around town crossing it three times to be cured of disease. In the field by the river I saw Keisuke, a Japanese engineer turned wandered and sketch artist. He was leaning over his sketchbook, pencil in hand, capturing the scene. I captured a photo of him at work before saying hello. He and I had met before on the train to Bayonne.

Lidia, Chiara, and I tried two albergues and found them full, and we moved on to the municipal albergue where we found beds. It’s a rudimentary place to sleep, with only the barest amenities, but it’s more than enough. We changed and washed our clothes by hand in the sink near the showers.

We ate lunch in a nearby cafe, then Chiara went to read while Lidia and I went back to the field by the river to enjoy the sunlight. The water nearby rushed freezing over the rocks. A playful cat came along and claimed us as his own, probably hoping my satchel was holding food instead of a camera and lenses. We lay in the grass for a time.

Back to the albergue to shower, and here I am now writing this entry, which I won’t be able to post tonight, nor the entry from the Route Napoleon. I still have to work through some photos I’ve taken. Tomorrow’s walk is to Pamplona. Tonight, dinner; though we don’t know where. We’ll figure it out.